The principle of Separation of Powers provides that the three arms of government would function interdependently and act as checks and balances to one another, to frustrate arbitrariness. This governance principle propounded by John Montesquieu, is observed in the breach at the states level. The Legislature and the Judiciary are like mere appendages of the governors. Maybe there is relative observance of the principle at the Federal level. The situation in Ekiti State is not different from what obtains in other states.

Flowing from the above, elections into the State House of Assembly for the purpose of appointing principal officers is usually a mere fait accompli, as the governor ensures that only loyal party men get elected. This was why in 2019 the 26 members of the Ekiti State House of Assembly were carefully choreographed for election by then Governor, Dr Kayode Fayemi, who ensured that they emerged victorious in their various constituencies. In return, the lawmakers remained uncompromisingly loyal to him and his government. Even when a major crisis broke out among the leadership of the party on account clash of interests which seemed irreconcilable, the lawmakers stood by their governor.

In May, there was primary election and the legislators had hoped that their return tickets would be handed automatic, as reward for their loyalty to the governor. But that did not work out because the mode of the primary changed. In the first instance, the party controlled the sales of nomination forms in such a way that some lawmakers were not given opportunity to buy, thus putting an end to their ambition. On the other hand, those that were given the form who had banked on the support of the governor and the party to win were roundly defeated. Though they openly grumbled, they were pacified to support the governorship candidate of the party, Mr Abiodun Oyebanji to win the poll in June.

It was learnt that former governor Fayemi, who was busy at the time pursuing his presidential ambition, had given the party leadership stern instruction to support the lawmakers to win. The outcome of the shadow poll showed that the leadership either failed to adhere to that instruction or they disobeyed Fayemi. Sources said that Fayemi was very angry at the turn of events, but he could not do anything to change the outcome of the primaries.

Therefore, the seed of the crisis rocking the state legislature was sown at the end of the primary elections that gave birth to those who are aggrieved and others who need to ensure that they secure their victory. Last Monday, when the lawmakers were to elect a new Speaker to replace the late Funminiyi Afuye, who represented Ikere Constituency 1 from the Southern Senatorial District, but died after a brief illness on October 19 at Ekiti State University Teaching Hospital, crisis was to ensue.

Even though, there was a meeting between the former governor and the lawmakers on Sunday preceding the day of the election, where he urged them to go by way of consensus to support his preferred candidate, Chief Bunmi Adelugba representing Emure constituency, it was a chaotic scene.

Adelugba was one of the casualties of the May primary election, as she lost the ticket for the House of Representatives to Mr Femi Bamisile.

The Ex-governor, it was learnt, wanted to use the Speakership to pacify her and for her to complete the tenure of Afuye who came from the same senatorial district. But that plot was against the political calculation of the North Senatorial District, since the new governor and his deputy are from the central and south senatorial districts respectively.

The House Majority leader, Gboyega Aribisogan, who later emerged the Speaker, was also a victim of the primary. The two-term lawmaker, who decamped from the Peoples Democratic Party (PDP) to All Progressives Party (APC) in 2018 after a running battle with former governor Ayodele Fayose, was among those who hatched the “coup.”

Aribisogan, who hails from Ijesha-Isu in Ikole Council Area of the state, defeated his only challenger for the number one legislative seat. The election was keenly contested with the Aribisogan garnering a total of 15 votes to defeat Adelugba who got 10 votes.

A member of the group of 10, Bode Adeoye Oyekola, Ekiti West 2 had nominated Adelugba and he was seconded by Ojo Martin from Ijero constituency, with the mindset that all the lawmakers were on same page.

However, from the blues Aribisogan was nominated by Mr Tajudeen Akingbolu, Ekiti West 1 and seconded by Adegoke Olajide, Efon Constituency. This action caused the atmosphere to be tense.

The Clerk of the House, Mr Tola Esan was left with only one option, which is to conduct an election. At the end of the exercise, the “rebel” lawmakers carried the day by defeating the anointed candidate with 15 votes against 10. What was more, Aribisogan was sworn-in at the plenary by the clerk of the House, announcing that 25 members voted with no invalid votes recorded. Esan said that the election was peaceful, credible, free and fair, and that the process met all required guidelines prescribed by the House standing order.

“With these results, I hereby declare Hon. Gboyega Aribisogan who polled 15 votes, winner and is hereby returned as the new Speaker of the Ekiti State House of Assembly.

After being sworn-in, Aribisogan expressed gratitude to his colleagues for finding him worthy to lead the House. He promised to justify the confidence reposed in him and discharge his duties to the best of his ability and protect the Constitution of the country and standing rules of the House of Assembly, adding that he would remain committed to duty.

To add more salt to their already bruised ego, the group of 10, except the Deputy Speaker, Hakeem Jamiu, who retained his seat, lost out in the appointment of principal officers. The new list of principal officers have Hakeem Jamiu retaining his position as Deputy Speaker, while Yemisi Ayokunle, representing Ekiti South West became the new Leader of Business, thus becoming the first woman legislator to occupy the post in the history of the House. Other principal officers are, Chief Whip, Tope Ogunleye, Tajudeen Akingbolu, the Deputy Leader; and Adeteju Okuyiga as Deputy Whip.

Fast forward to 24 hours after the dramatic emergence of Aribisogan as Speaker. The House was thrown into turmoil. There was tension at the Assembly as the aggrieved group of 10 wanted to invade the Assembly with thugs to effect a change of leadership.

However, relying on the reported intelligence that uncovered a planned invasion by some unidentified thugs, the Commissioner of Police, Adesina Moronkeji reportedly ordered the Assembly to be shut, just as workers were ordered to return home. Armed policemen were stationed at strategic locations in the House to prevent the purported invasion and breakdown of law and order. When The Guardian visited the Assembly, legislative workers were sighted trooping out of their offices to their respective homes.

Some workers who spoke with newsmen under anonymity explained that there was an order from the State Police Headquarters that they should vacate the Assembly in the interest of peace, saying some people were planning to attack the House.

The newly elected Speaker of the Assembly, Gboyega Aribisogan, during a telephone chat with newsmen, said there was no crisis in the Assembly. According to him, “the leadership of the police command in Ekiti informed us this morning that they had verifiable intelligence about some hoodlums coming to attack the Assembly complex and to avoid breakdown of law and order, hence the need for their (police) presence.

“The Police have promised us to conduct an investigation on the matter and report to us before the close of work today. I want to encourage my colleagues and staff of the Assembly to be patient and bear with us, normalcy will soon return to the house.” Aribisogan said.

Reacting to the development, the Police Public Relations Officer, Ekiti Command, DSP Sunday Abutu, said they took the prompt action by placing restrictions to prevent breakdown of law and order.

Abutu told the members of the public not to entertain fear, saying the deployment was to safeguard life and government’s property over ominous signs that security was about to be breached at the Assembly complex.

The Police spokesman said: “We acted on a security alert we received that some people were planning to invade the Assembly, and we owe it a duty to safeguard the life and public utilities.

“We can’t wait or tarry and allow staff of the Assembly to be threatened by any means. So, we took proactive measures by deploying our men there to secure the Assembly complex. Our people shouldn’t see our action as a big deal. No cause for alarm. We are on top of the situation.”

The House adjourned sittings indefinitely till when those aggrieved and are hell bent on having their way would embrace peace. To some analysts, Governor Oyebanji already has his work cut out for him because an unstable legislature is certainly not good for his government.

Despite it’s recess, the crisis took a dangerous dimension on Friday, as it took the of the Operatives of the Rapid Response Squad (RRS) of the Ekiti State Police Command, to repel attempt by some thugs to burn down the House of Assembly complex.

The incident, according to impeccable source in the Assembly, happened around 4a.m., when the hoodlums were said to have scaled the fence and made spirited efforts to spray a section of the complex with petrol and set it ablaze. But they were resisted.

Things turned awry as party leaders in the state summoned another meeting of the legislators, insisting that the election of Aribisogan was against the decision of the party that Ekiti South should retain the seat till the expiration of the 6th Assembly in June next year.

Sensing threat to his new position, Aribisogon left the state for Abuja where he tried to seek support of some party members and prominent indigenes of the state to save his job, but it was too late.

Amidst tight security the Assembly reconvened, yesterday, with 17 members where Aribisogon was impeached and Adelugba was elected as Speaker.

Aribisogon and six members of the Assembly that led the “coup” were suspended indefinitely. They are, Tajudeen Akingbola, Goke Olajide, Yemisi Ayokunle, Adeyemi Raphael Ajibade, Kemi Balogun and Tope Ogunleye.

The last may not have been heard about the crisis as Aribisogon has threatened to take legal action against what he described as “illegal action” of the Ekiti State House of Assembly. 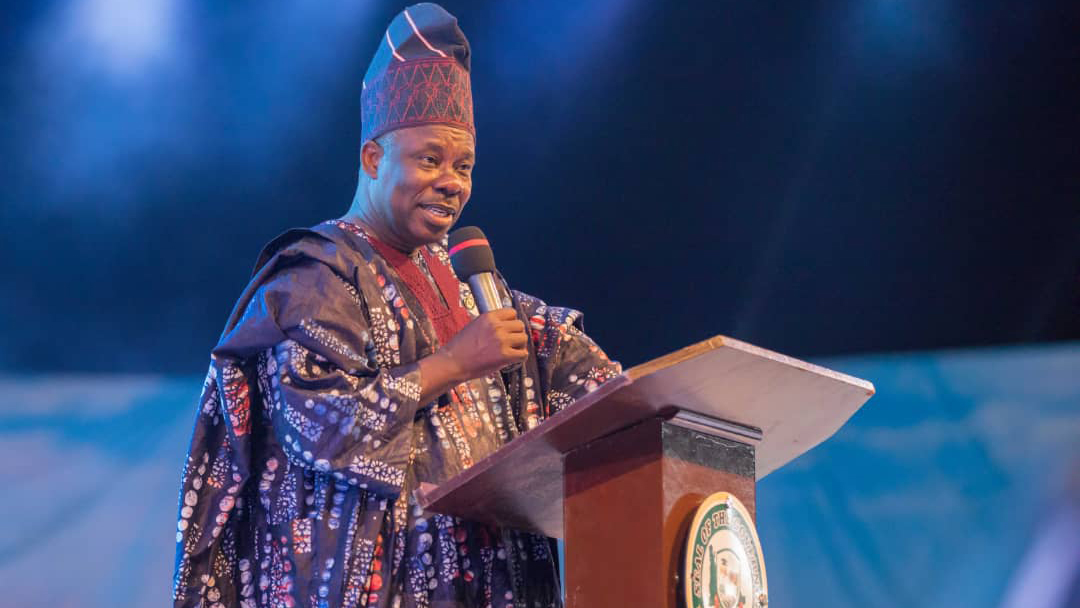 A chieftain of the opposition African Democratic Congress (ADC) Chief Olawale Adebajo, has applauded the former governor of…
byadmin 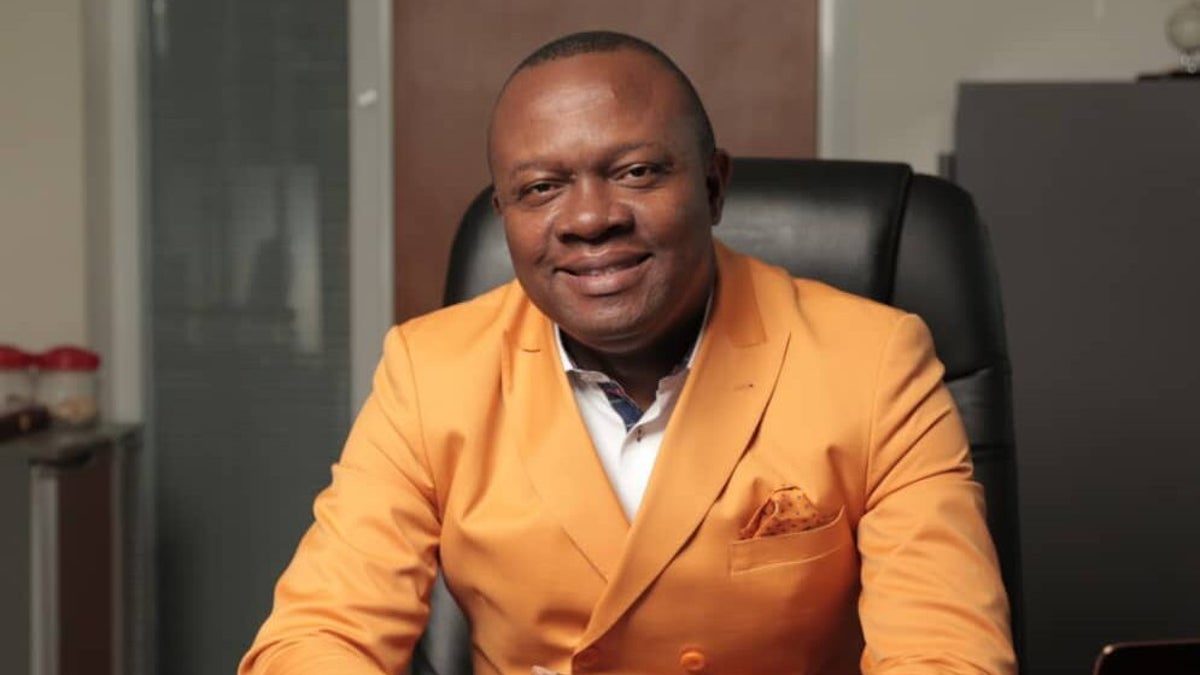 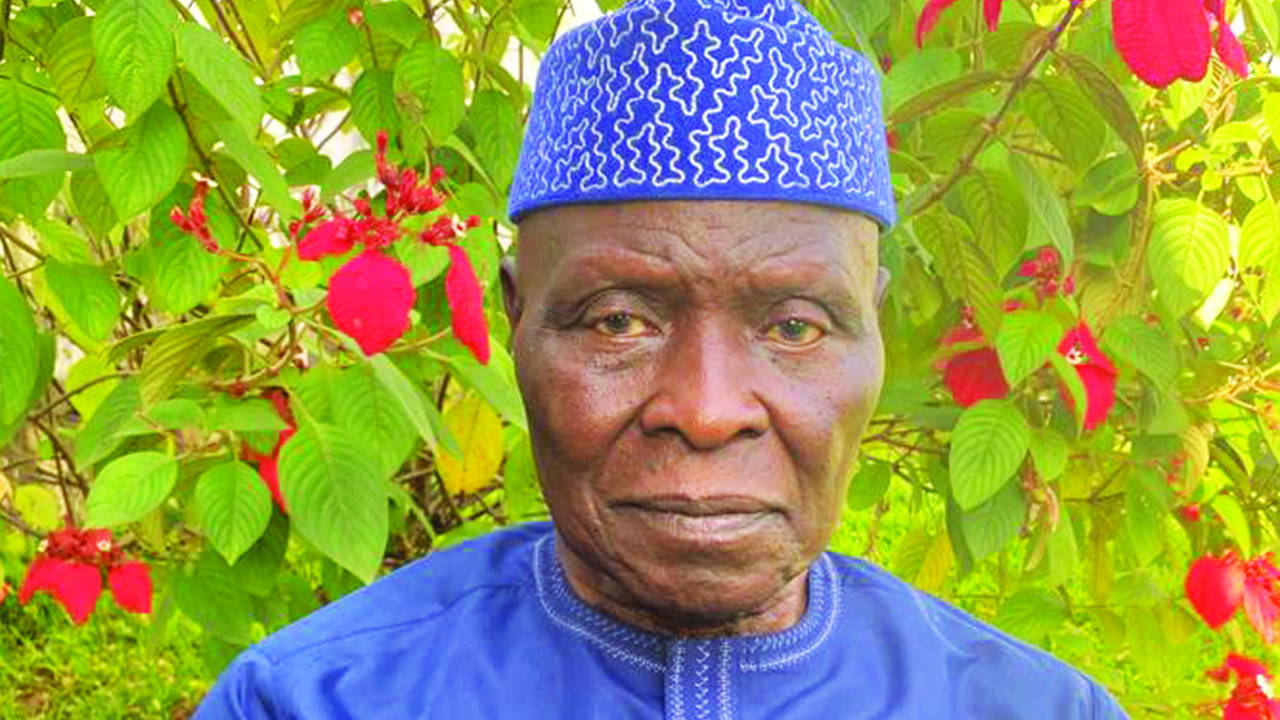 The Movement for National Reformation (MNR), has elected Sen. Cornelius Olatunji Adebayo as National Chairman, and others to…
byadmin 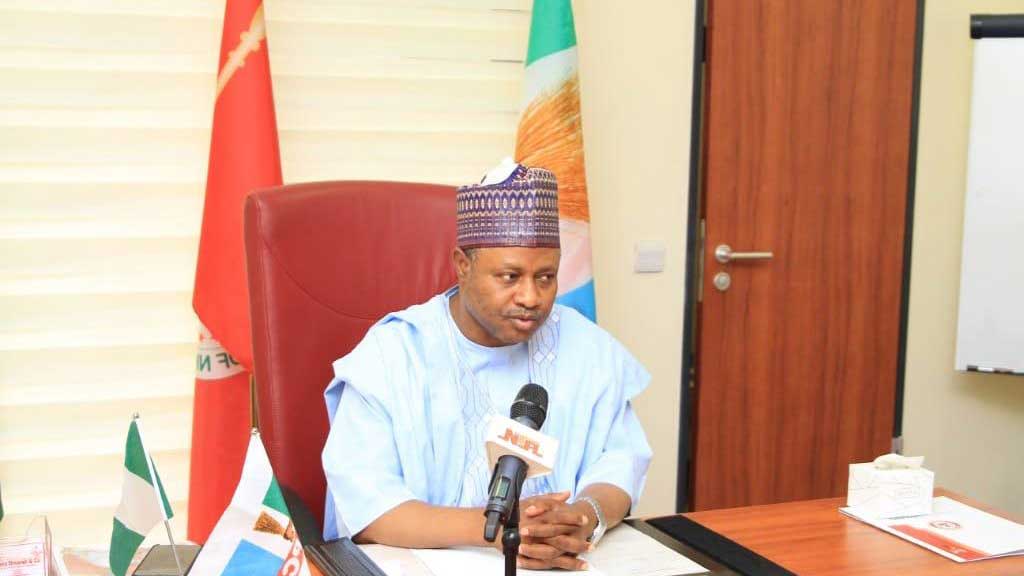